Yes, we read it, too. And to nobody's surprise, we respectfully disagree. Cold brew doesn't suck; it's just different from traditional coffee brewed with hot water. Different, as in "not the same," not better or worse than. Geez, can't we all just get along? Clearly, we didn't all learn the "If you can't say anything nice, don't say anything at all" idea back in grade school.

Some of the differences between the two types of brews include:

Not an exhaustive list of the differences between the two brewing methods, but a solid exercise in comparing and contrasting. That said, we at Toddy believe you don't have to choose a side. We're not really #teamhotbrew or #teamcoldbrew. Instead, we believe that any experiences that further an appreciation for specialty coffee are a good thing.

Can't we all just be #teamcoffee? 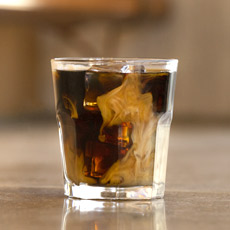 Let us help you develop or elevate your cold brew program

CALL US EMAIL US

Toddy cold brew solutions are sold internationally. Feel free to get in touch; we're happy to connect you with a nearby distribution partner.

CONNECT WITH A DISTRIBUTOR